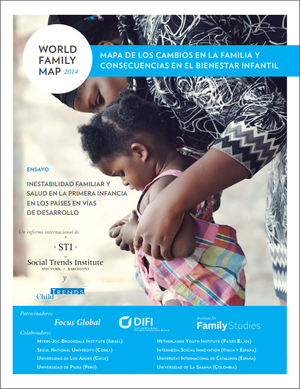 Resumen: Recent work on gender differences in academic performance in wealthy countries highlights the importance of family structure: Boys’ education suffers more than girls’ education does when biological fathers are absent. We explored whether high rates of father absence in Latin America and the Caribbean might help explain why girls in the region have been more likely than boys to complete secondary school for decades. Data from the Demographic and Health Surveys instead demonstrated that the effect of father absence did not differ between boys and girls. The reverse gender gap in Latin American education cannot be explained by father absence compromising boys’ on-time progression at ages 9 to 14 more than girls’. In the United States and other high-income countries, boys are particularly disadvantaged by father absence in poorer households, but in Latin America and the Caribbean poorer households may have higher levels of promale bias that offset any similar pattern.

Resumen: Efforts to improve child survival in lower-income countries typically focus on fundamental factors such as economic resources and infrastructure provision, even though research from post-industrial countries confirms that family instability has important health consequences. We tested the association between maternal union instability and children's mortality risk in Africa, Latin America and the Caribbean, and Asia using children's actual experience of mortality (discrete-time probit hazard models) as well as their experience of untreated morbidity (probit regression). Children of divorced/separated mothers experience compromised survival chances, but children of mothers who have never been in a union generally do not. Among children of partnered women, those whose mothers have experienced prior union transitions have a higher mortality risk. Targeting children of mothers who have experienced union instability-regardless of current union status-may augment ongoing efforts to reduce childhood mortality, especially in Africa and Latin America where union transitions are common.

Resumen: We used data from Demographic and Health Surveys and the Mexican Family Life Survey to test how children’s living arrangements were related to their progress through school in countries comprising three-quarters of the population in Latin America and the Caribbean. Our results indicated that family instability presents a challenge for educational progress: Large proportions (23–60 %) lived apart from at least one biological parent, and children in stepfamilies did not show better educational progress than children living with single parents. In some countries, living with other men was associated with worse educational outcomes, and the occasional advantage associated with living with other women was modest. Other adults in the household did not appear to buffer negative effects associated with parental absence.